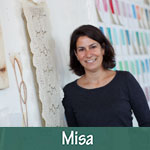 President & Executive Director, The Family Schools, Inc.  Milisa ‘misa’ Galazzi, holds an MA with Honors in Education from Rhode Island School of Design, and a BA from Brown University, where she majored in Studio Art and minored in Women’s Studies and Cultural Anthropology after graduating from Phillips Academy, Andover. For the past three decades, she has recruited, hired, trained, and mentored thousands of new and veteran educators while maintaining a robust studio art practice – all of which continues today. Human education runs through her blood and for twenty-one years, she was the first full time Director of Brewster Day Camp while she also worked very closely with the Executive Leadership Teams of TFS Inc. She is passionate about the social and emotional development of young children and believes that excellent early education sets the stage for a lifetime of success. Cultivating Creativity and Mindfulness to LEARN, TEACH and LEAD with Clarity, Intention, & Purpose is her life’s work. Along with her husband of thirty years, David Michel, misa co-parented their two adult sons, Dan and Max Michel. Together they love to scuba dive, hike, and canoe camp in the deep woods. 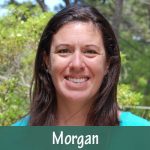 Co-Director, Brewster Day Camp:  Morgan Chase is a Cape Cod native and 22 year veteran of BDC and The Family Schools. She has an extensive background in education and the camping world. Morgan holds an MA in Elementary Education from Lesley University, and a BA in Journalism and Photography from Elon College. During her years on the Brewster Day Camp staff, Morgan has helped implement the BASE and the OFF CAMPUS programs, and in 2021, she designed an all new Mariners Hill Camp program. She also was instrumental in redesigning the swim curriculum at BDC. As the head swim coach of the Malden YMCA Crocs, Morgan has continued to create and build programs that give children the opportunity to grow successfully in an ever-changing world. 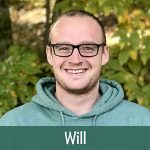 Co-Director, Brewster Day Camp, Will Mason has grown up on Cape Cod and at Brewster Day Camp, spending 8 summers as a camper and more than a decade on staff.  Will has worked in many different roles at BDC, including as a Tent Counselor, Field Sports Head, MUGS Head and multiple summers as Admirals Hill Head. He holds a BS in Physics from Bridgewater State University and is pursuing his Master’s Degree in Education.  When he’s not living and breathing all things BDC, you can find Will playing guitar, basketball or golf.

Associate Director, Ciara Byrne is from Canton, Massachusetts. She holds BAs in Psychology & Education from the College of the Holy Cross. Ciara has years of experience working with various age groups and programs at 3570 Main St. In addition to spending her summers at BDC, she has also been a member of the year-round Family Schools faculty, working in the Beacon classroom. Ciara is currently pursuing a MA in School Counseling from Boston College. In her free time, Ciara enjoys hiking, rock climbing, and spending time with her dog.

Camper Life Director, Kristen Green holds a BA in Psychology from Franklin & Marshall College in Lancaster, PA. Kristen grew up spending her summers at Camp Wyonegonic in Denmark, ME, and has held many different roles at BDC, most recently as a Tent Counselor and Activity Head. She has experience as an Applied Behavior Analysis Therapist and Mental Health Counselor and is currently pursuing a MA from Boston College in School Counseling. She enjoys snowboarding in the winter, cycling in the summer, and playing with her two dogs, year-round. 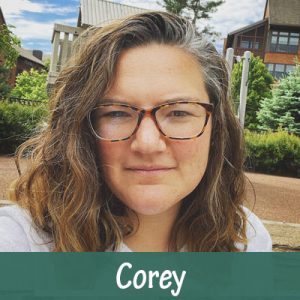 Mariners Hill Camp Director, Corey Roberts holds a MA in Early Education from Lesley University and a BA in English from Hobart and William Smith Colleges. While there, she also completed the Teacher Education Program. Corey joined the BDC staff in 2003 as a Beetle Cats counselor. During her tenure at camp, she also held the positions of Sailors Hill Head and Mariners Hill Head. Last summer she helped develop and run the Mariners Hill Camp program. Corey is a first grade teacher at The Rashi School in Dedham, where she has worked for the past 11 years. In her spare time she enjoys reading, going to the beach, and going on adventures with her daughter and extended family and friends. 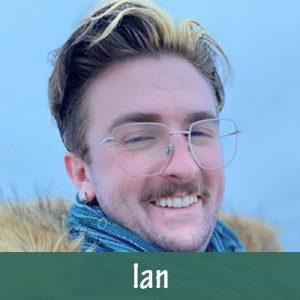 Program Director, Ian Hamilton is a Cape Cod native who spent over a decade as a camper and counselor at the Monomoy Day Camp at Cape Cod Sea Camps, where he ran the Archery program and worked with the CIT’s. Ian holds a BA with honors in Theatre Education from Wheaton College, where he was awarded with the ’21 LGBTQ+ Excellence in the Arts. Outside of camp, Ian works as an acting coach and director for Cape Rep Theatre’s Young Company, and can be found working with the Drama and Special Ed programs at Nauset Regional High School. Last summer, Ian joined the BDC family as the Archery Head, and is beyond delighted to be joining the Director team at BDC for the 2022 season. 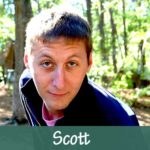 Camper Leader Director, Scott Rizzo holds a BA in Political Science and U.S. History from Roanoke College. In the summer of 2003, Scott joined the BDC family and has remained close to camp for more than a decade. Scott began his time at BDC as a Tent Counselor, then became Admirals Hill Head for four summers. In the winter months, Scott works as an after-school program teacher for elementary age children. Scott is passionate about shaping the lives of young people.  He enjoys playing ice hockey and spending time with his close friends and his nieces and nephews. 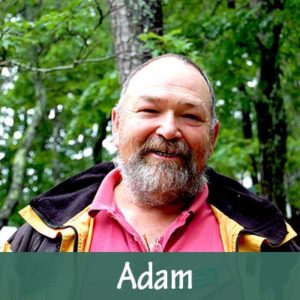 Aquatics Equipment and Safety Director,  Adam Pettengill has been with The Family Schools, Inc. for just shy of 20 years. During his tenure, Adam has been a part of the following teams: infant/toddler; preschool; Salt Box School; maintenance; BDC and most recently, health administration. Adam spent the past year working closely with our school and camp directors sprucing up the campus. He is looking forward to another summer on the water at Cliff Pond, and thrilled to be a part of the BDC directors team again. When not walking the grounds of TFS, or manning the launch for BDC, Adam enjoys strolling the beaches and trails of the Cape with his wife, and making sushi. 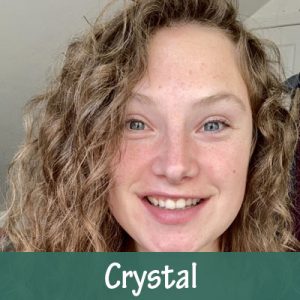 Swim Director, Crystal Johnson is a proud Cape Cod native who grew up just down the road from Brewster Day Camp. Though she never attended camp herself, she has found working at a camp the next best thing. Crystal has had the privilege of working with BDC and TFS for a collective 6 years now. In that time she has held positions such as a lifeguard/swim instructor, the Swim director, The Aquatics and Off Campus Programs Director, and also a year round teacher at the Family School in past years. Crystal holds degrees in Communications, and Theater from the University of Massachusetts Amherst and is an EEC certified Teacher. Currently, she resides in Cambridge MA, and works as an Elementary School teacher during the year. 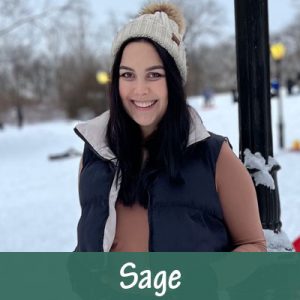 BASE Director, Sage Orvis has spent over 15 summers on BDC hailing in from as close as Brewster and as far as Los Angeles. Despite frequent moves and life changes, she always finds her way back to 3570 Main St. She holds a BA in Communications from the University of Pennsylvania and is currently pursuing a masters in Cognitive Science in Education at Columbia University’s Teachers College. With her degrees, Sage hopes to pursue a career in children’s television. She is so thrilled to experience a BDC summer from Cliff Pond and to be part of the directors team. When not in class or at BDC, Sage enjoys dancing, meeting new people, and cooking. 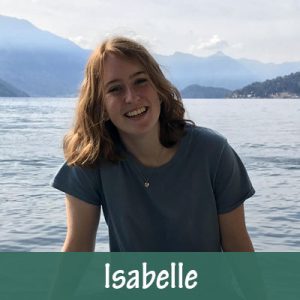 Admirals Hill Head, Isabelle Eastman grew up on Cape Cod, where she developed a love for reading as well as the outdoors, and was once crowned the Eastham Turnip Queen. Since graduating from the University of Massachusetts Amherst with degrees in history and English, Isabelle has been living in Amherst, where she works as a librarian and environmental educator. She has spent four summers at camp as a counselor, program head, and hill head. Isabelle’s favorite part of camp is Mondays, when she gets to see new campers return after a long winter away from BDC! 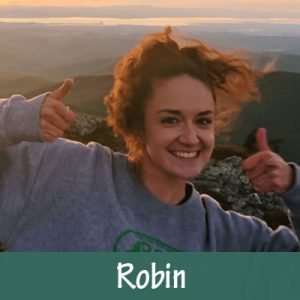 Sailors Hill Head, Robin Moynihan holds a BS in Environmental Studies from the University of Vermont. Born and raised on Cape Cod, she spent seven summers as a camper at BDC and returned to the camp family as a staff member in 2018. Having previously held the positions of tent counselor and BDOC Head, Robin is thrilled to be returning to Brewster Day Camp for another summer. With her love of camp comes a passion for the outdoors, play, and frozen hot chocolates. 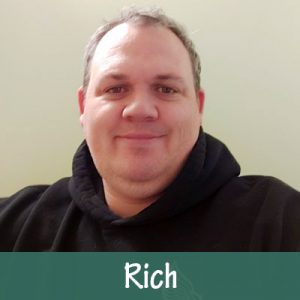 Facilities Director, Richard Peterson has been working at BDC for twenty years. During that time, he has held several positions including: Tent Counselor, Archery and MUGS Head, and Camper Leader Director, prior to his current work at BDC. Rich holds an MA in Education, and when he is not at BDC he can be found at the Nauset Regional Middle School teaching 8th grade U.S. History and coaching the Track & Field Team. Rich lives year-round on Cape Cod with his wife and three children who also attend BDC. 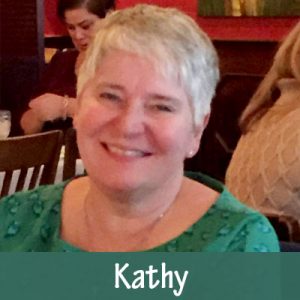 Health Director and Camp Nurse, Kathy Riley earned her BSN from Penn State. Since then, she has worked in surgical oncology and Hospice care, and is currently in her 21st year as a School Nurse. Nurse Kathy spent 18 summers at Cape Cod Sea Camps, finishing her time there as Nurse Manager for the Day and Resident camps. In her spare time, Kathy sings with the Cape Cod Chorale and thoroughly enjoys spending time with her 5 grandkids ( and her 7 adult kids too!). 2021 was her first summer at BDC, and Kathy says she still pinches herself that she got to work with such a warm and welcoming staff!